How Long Does It Take To Memorize Quran 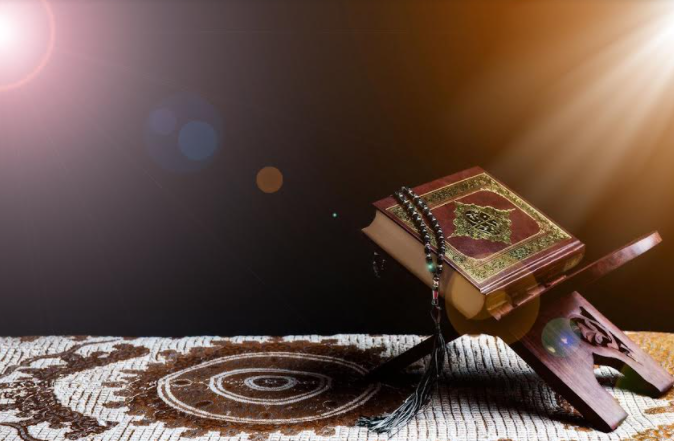 If you’re a Muslim, you already know how crucial it is for them to memorize Quran online. It
takes a lot of effort to be a Hafiz-e-Quran. Many people experiment with the Hifz Quran. You
must be consistent if you want to learn and memorize the Quran. It’s a long road with numerous
stumbling blocks.

The question that arises when a Muslim wish to memorize the Quran is how long this process
will take. Memorizing the Quran takes a long time and a lot of obstacles.

How Long Does It Take To Memorize Quran

The Quran is written in a unique style that is not found in any other book.  It takes some time
and effort to research this method till every cell in your body can communicate with Allah’s
words. As a result, learning the Quran and clearing this stage takes an extended period.

For a variety of reasons, people begin memorizing the Quran but then quit. They struggle to
memorize the Quran, have a burdened mind, and are irritable. According to studies, it takes a
person between 4 and 5 years to complete the online Quran memorization classes. However,
miracles do happen, and many peoples memorize in under two to three years.

Youngest Kid To Memorize The Quran

Abdul-Rahman, who is only three years old, has won the admiration of millions of Muslims for
his ability to memorize Quran. He learned the Quran on his own, without going to any Quran
schools or mosques.

The Algerian child began memorizing the Quran at the age of two when he had only recently
learned to speak. He memorized the entire Quran in one year. The MBC network reported
Abdul-Rahman has an outstanding aptitude for reciting the Quran most sweetly in a Tarteel
manner without making the least mistake regarding the rules of recitation in a recent report
about the young prodigy.

Surah Kahf was supposed to be the first Surah of the Quran he learned. According to the report,
the mother of Abdul-Rahman used to recite Surah Kahf when she was pregnant with him
because it gave her peace.

This kid has made a record to memorize the Quran in only one year. But these cases are very
rare, these people have some special gifted abilities from Almighty Allah.

How To Memorize The Quran In 5 years

5 verses a day can achieve the goal of memorization of the Holy Quran in 5 years. Select a Holy
Quran that is roughly 600 pages long. You can take 3 days to memorize 1 page. But the main
step you have to follow is consistency. You will achieve the milestone easily.

 You don’t need a tutor in a 5 years plan, because you have to memorize only 5 verses a
day
 Begin with the last juz and memorize the last three juz to develop a faster-memorizing
habit.
 Use audio recordings to memorize the Quran in 5 years and for easier and faster Quran
learning.
 Recite the memorized surahs in prayers five times a day. To make grip on it.

How To Memorize A Quran In 2 Years

Memorization is done in a variety of ways by various people.

 First and foremost, get a tutor who can educate you with Quranic tajweed and assist you
in creating a two-year personalized timetable.
 Begin with the last juz and memorize the last three juz to develop a faster-memorizing
habit.
 Use audio recordings to memorize the Quran in two years and for easier and faster
Quran learning.
 You can choose the effective online Quran memorization courses which are the easiest
ways to memorize nowadays.

How To Memorize Quran In 1 year

To have good memorization you should be able to recall all 30 juz of the Quran in a year, a
Muslim must follow certain criteria to ensure that his memorization is well retained in his mind.

 You can begin memorizing with a small bit of a verse or 2-3 verses every day.
 Read the verse you want to memorize at least 15 times.
 Try reading it without looking at it on the paper after you’ve read it by looking at it on the
paper. You will build a technique for memorizing the Quran quickly in this manner.
 After you have memorized one juz, move to the next verse and repeat the same
method.

How To Memorize Quran In 6 Months

 Stick with your schedule and keep your intentions pure.
 Keep revising the part you have memorized.
 Recite the memorized part in front of your tutor, fellows, and family members.
 Select the best time to memorize, for example after the fajr prayer, and recite the memorize juz
after every prayer.

As 6 months are very less to memorize the whole Quran so you have to memorize at least 5
pages a day.

Because the Quran is the Book of Allah Almighty, memorizing it would open all doors of Jannah
for you. The best you can do is memorize the Quran, for each letter of the Quran you read and
memorize, you will be rewarded with ten deeds.

All the stories of the successors and ancestors are preserved in the Quran. It encompasses all
systematically earthly and heavenly sciences. The Quran contains scientific, legal, medicinal,
and cosmological information. This suggests that memorizing the Quran is equivalent to
memorizing the entire world’s encyclopedia.

All physical and psychological illnesses are cured by the Quran. You will not have additional
time, boredom, or feelings of worry, fear, or tension if you opt to memorize the Quran. The
Quran will remove all of your worries, grief, and accumulations.

How To Memorize Quran Online At Home