How to Scan & Pay with UPI QR Code? 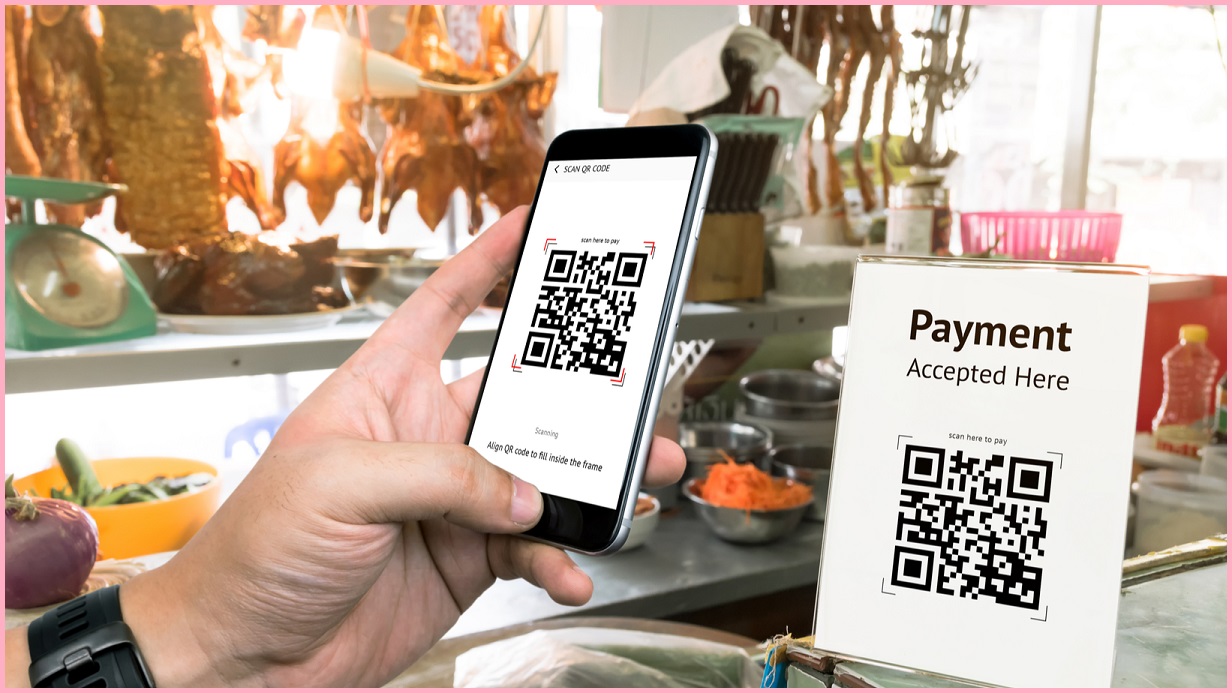 With the digital payments revolution, the quick response (QR) codes emerged as the most prominent cashless transactions method. Users can use the QR code to carry out different payment types, including your utility bills, grocery, travel, petrol, dining, booking tickets, and other such services and commodities. Several e-wallets and mobile payment applications allow users to opt for cashless transactions via their QR codes. For cashless transactions, users need to scan the UPI QR code.

QR Code: What is it, and how does it work?

A quick response or QR codes is a two-dimensional barcode that stores information in an encoded form. When you scan the code with a payment app or any scanner on the mobile, the data stored in the code is decoded and read by the app. The encoded image contains approximately 4,000 characters in a condensed machine-readable format designed to consume static content on a specific task.

A QR code has three small squares located at the upper right, left, and lower left corners. The entire code is square-shaped, comprising of a matric of small squares. The number of squares per side can be either 36×36 or 177×177. The fewer squares, the less information the UPI QR code contains, and vice versa.

In contrast to the traditional linear barcodes that could be read-only with a laser barcode scanner from paper, you can read the modern QR codes both from a screen and paper. To process a QR code, users need to scan it with a smartphone camera or a barcode scanner that can read QR codes.

Both Android smartphones and iPhones can scan the QR codes directly from their primary camera, as long as it uses the advanced iOS and Android software. Users just need to open the camera and point it towards the QR code; it is immediately read by the scanner, opening a push notification. Then, users can tap to complete the relevant operation.

What is A UPI QR Code?

UPI, elaborated as Unified Payment Interface, allows customers to use their smartphones to carry out payments. The UPI payment app users use the app as a virtual debit card to make instant payments to the receiver.

How to Pay Using the UPI QR Code?

You can process QR code payments in any of the following ways:

8 Best ways to pay off credit card debt in UK

Scanning the business’ UPI QR code with your smartphone

To scan a particular business’ QR code first, you need to open the UPI payment mobile app you want to pay. Then, you need to scan the QR code displayed at the shop’s checkout point. Alternatively, you can also scan the code present on the bill. Enter your app PIN. If the UPI app gives some offers and rewards on the brand, you can get some cash back.

Business scanning your unique QR code from your smartphone screen

When the retailer confirms the total transaction amount in their POS system, you need to open the digital payment application that allows the QR transaction. You will find a unique QR code displayed by the payment app identifying your card details. The shop can scan the code with a QR code scanner and finalise the transaction.

When both the parties (recipient and payer) need to settle a transaction between the apps, they need to open the relevant applications. Then, the payer (you) needs to scan the recipient’s unique QR code through your app. After scanning, you need to confirm the amount you need to pay and process the payment.

Apart from making an effective cashless transaction, the UPI QR code emerged as the most convenient way of paying for merchandise and services received. Enlisted are the benefits of paying through the UPI QR code.

Downloading and using a good reliable UPI payment app is a safe, fast and rewarding way of making payments.

How Much is 1 Carat Diamond Worth?

What Every Small Business Should Do

8 Best ways to pay off credit card debt in UK