Everything you need to Know about Water Extinguishers 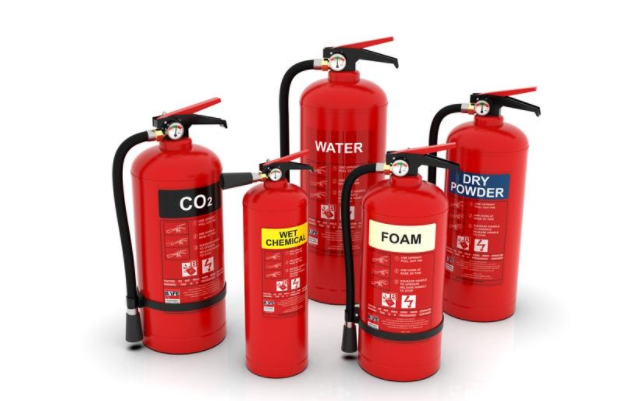 How to Identify the Water Fire Extinguishers?

When to Use Water Fire Extinguishers?

Class-A fires are usually encountered in offices, homes, warehouses, textile factories, storage houses, etc. water fire extinguishers are safe to use with domestic fires such as the ones caused in study rooms, bedrooms, or living rooms.

Fire is based on three main components or elements: if any one of the elements is eradicated, the chemical reaction breaks and the fire can no longer survive.

These three main components are oxygen, fuel, and heat. Depriving the fire of oxygen, limiting the fuel supply, or cooling down the heat, either can help you to kill the fire flames and wipe the fire out of existence.

Water fire extinguishers are made of cylinders that have highly pressurized water droplets that are sprayed on the fire to cool down the flames and kill them ultimately, putting off the fire.

How to Use the Water Fire Extinguishers?

Water fire extinguishers are not difficult to know, but there is a protocol that you need to follow to correctly use the apparatus. Everyone in the building should know how to operate or use the fire extinguisher so that the emergency can be contained as soon as possible without waiting for the fire department or firefighters to come and do the work for you. (Yeah, if the fire gets wild, you should probably choose not to go too close to it and wait for the fire department.)

Start by pulling the pin on the fire extinguisher.

6 Useful Strategies To Get Best Cheap Auto Insurance For Seniors…

How A Kraft Box Is Ideal For The Packaging Industry?

The second step I to aim your fire extinguisher directly at the fire flames.

The third step says that you have to squeeze the handle of your fire extinguisher.

The fourth and final step is to sweep the fire extinguisher from left to right to put out the fire from its origin and limiting it from spreading.

ü  Water fire extinguishers can cool the area way faster than other methods, and thus, the fire can be contained easily and speedily. In this way, the fire gets no chance to spread, and there is little loss to the lives as well as the property.

ü  Water fire extinguisher cylinder contains water and air only, so it is very safe for both the user and the environment.

ü  There is little to no need for cleanup after using the water fire extinguishers.

ü  Although water fire extinguishers are commonly used they can only put out the fire caused by flammable liquids (wood, paper, textile, and plastic)

ü  When coming in contact with electricity and electrical appliances, there are chances of some extreme damage to the user or the property.

ü  As plain water and the air are used in the water fire extinguishers, so in low temperatures, there are great chances that the water in the cylinder might freeze.

There are no, as such, disadvantages of water fire extinguishers, it is just that they don’t go with all the classes of the fire!

What are the 3 facts about the centroid of a triangle?

How A Kraft Box Is Ideal For The Packaging Industry?