Everything you need to know about WD SN770 SSD 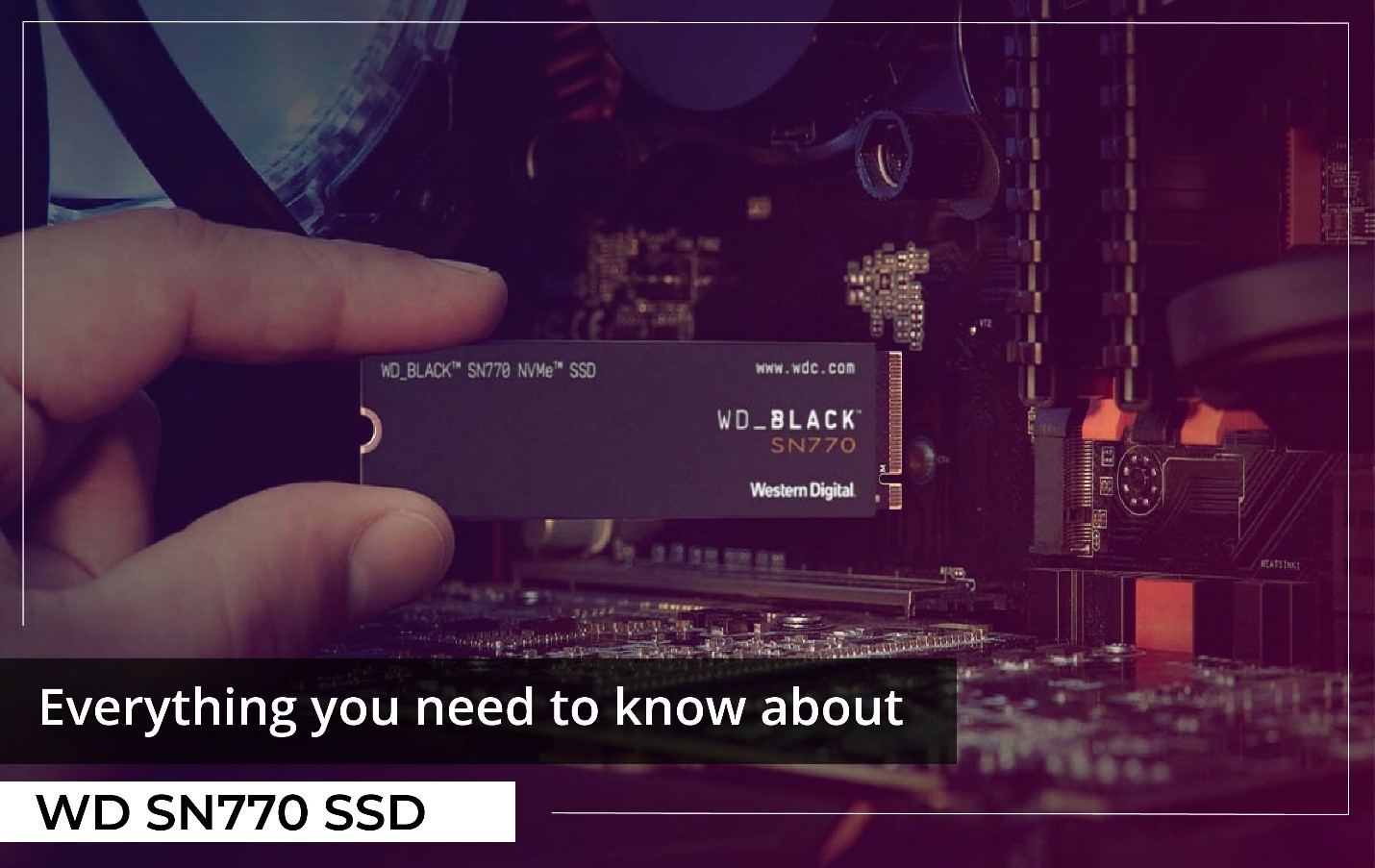 SSDs are the storage devices used to save/store your vital data. It is a non-volatile storage media that stores information on flash memory. These devices have replaced the traditional hard disk drives and possess similar features and functions as a hard drive. However, Solid-State Drives are faster, and by using them, your device’s OS will boot up rapidly, and programs will load faster.

In this review, we will discuss some of the most important aspects of the WDS200T3X0E – WD SN770 SSD. The device is capable of delivering 800,000 random IOPS and 5.15 GB/s of throughput. This SSD has redefined our prospects for a mainstream solid-state drive in 2022. For most use cases, the SN770 is a top contender.

According to the company, WD SN770 provides up to 40 percent quicker performance and 20 percent more power productivity over its older generation Solid-State Drive, thanks to its latest DRAM-less 4-channel SSD controller. While it is an underwhelming blend of components, it provides good performance.

The WD SN770 SSD comes in a single-sided M.2 2280 form factor, and it does not contain several components on top of its PCB. The company claims that this drive supports advanced power management to keep itself cool and effective while functioning. Moreover, it is used in an environment where the temperature is high; it will also perform well as it comes with thermal throttling support.

There are 16 512Gb dies on the 1TB device, and they deliver two times the writing speed of BiCS4 96-Layer, which is specifically vital considering the nature of this SSD.

What is a School Management App

How blockchain is changing the tech industry?

How will Web 3.0 Tranform the Digital Age?

If you are looking for a power upgrade, then idle power consumption is a significant aspect to consider. Some Solid-State drives, such as ssdsa2bw600g3 – Intel 320 Series, can consume power at idle. Maximum power consumption and average workload consumption are two different aspects, but the important thing to consider is performance-per-watt.

Talking about efficiency, the Western Digital SN770 performs similarly to Samsung’s 980 Pro. Moreover, the SN770 used the least power to beat the P5 Crucial Plus and ranked 2nd best in its league. Although the Idle consumption of power is a bit high, in general, the solid-state drive does not get too hot.

In many ways, the WD SN770 is not the fastest device around, nor is it the quietest and cheapest. However, the device has a perfect balance of these two things. So, if you are tight on the budget and want to have superb exclusive SSDs, this one is right for you. You can easily get one of these devices for about $70 to &140. It is very close to the first-generation PCIe performance 4.0. But if you want a speedier device, then you have to spend a lot more than this.

In this review, we have discussed in detail the SN770 from WD and also told you about the devices with which it can be compared. Although the SN770 lacks DRAM and is prepared with the NAND channels just like several of its predecessors and competitors, it has shown us some of the best results we can expect.

Definitely, it does not provide top-ranking performance, but this device is extremely tuned and will be worth buying. It can lack hardware-based encryption; however, based on its performance, five-year warranty, software support, and competitive prices, it receives a solid recommendation from our side.

What is a School Management App

How blockchain is changing the tech industry?

How will Web 3.0 Tranform the Digital Age?